As I mentioned in my Season 1 Recap, I marathoned the show quite recently. I wrote my reactions to my chum via Facebook.

In celebration of season four’s premier, I have gathered those reactions into this absurd, shocked and quite frankly insane “recap” of Season 2. I give you…

I had to stop because I went on a family trip to Florida. You can’t really watch Game of Thrones when you’re in a small condo with your entire family. It would be awkward to explain why there’s constantly boobs on your screen.
So now I kinda forget everything

I’m sure I’ll remember once I get going. I think I remember the important stuff:
-the king is a dick
-the blonde wife of dead tarzan is awesome
-I love all of Ned Starks kids, except the bratty red head who I initially annoyed me and now I am indifferent to
-but I especially love the youngest girl and the bastard
– and there’s dragons
aaaaannnnd, I think that’s all I need to remember
off I go! 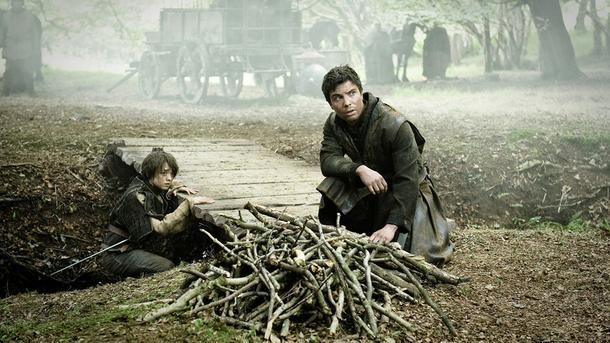 Ha! I love the bastard son of the king, the one who made armor and is now on the way to the wall. He’s charming in a dirty, awkward sort of way (just how I like em’).

Oh shit!
What is that creepy incest man (the guy who makes his daughters his wives) doing with his sons??? He’s feeding them to monsters?

I’m pretty sure the writer of these books is obsessed with incest. First the incest twins, then Super Blonde’s brother got all handsy, then the creepy dude father/husband, then the ward of Stark, the guy who’s the “heir to the Iron Islands” goes back to the Islands and feels up his sister before realizing that she’s his sister!

But SHE KNEW that he was her brother, and she LET HIM!
Creepville, population Game of Thrones.

Ummmmm….. I think the writers of this show need a lesson about where babies come from. They usually don’t claw their way out in a slimy black puff of smoke.

Ugh, I forgot how epic this opening is. Like, TODAY Game of Thrones. I’m a busy woman.

OHHHH SHIT! That Ghost-baby thing just up and killed that gay dude! Fuck, I liked him. And Kat had JUST negotiated a peace with him. *sigh*

I don’t like how their ward-friend (Theon?) turned on them because his dad wants to. Like, the Starks raised you, now you’re going to fight them because your piece of shit dad (who SOLD YOU) says you’ve gone soft? Grow a pair, whatsyername.

Oh, and his sister is a bitch.

AHHHHHHH Who is THIS GUY making Super Blonde look into a gem? He is undoubtedly the creepiest human man I have ever laid eyes upon.

He’s a warlock or something, I don’t know, I can’t concentrate on what he’s saying, I just keep staring into his soulless eyes thinking maybe he’s accidentally a zombie. Like, did he die and then raise himself from the dead, and then forget he did it?
I bet he looked in the mirror and was like, “I’ve made a huge mistake.”

Bah! Arya just had a man killed! A VERY handsome fellow with blue eyes I could just dive into went ahead and murdered a dude for her.
Fuck, Arya is the coolest.
I’m so tired, but I’m gonna watch another episode.

Oh, and Super Blonde’s advisor guy just got called out by the big black man for being in love with her.
Then he made this super awesome speech and now I like him (the advisor guy, not the big rich dude, I don’t trust him.)

OH NO THEON what a dick!
Ugh. This is making me upset. His turn to villainy was way too quick. He didn’t even think about it! He went home to negotiate soldiers for Stark, and this is pretty much how it went down:
“Yo Dad, I’m back from that time that you gave me away.”
“Um… cool?”
“Yeah, so, wanna fight with the Starks?”
“No.”
“Oh… yeah that’s cool. By the way I accidentally felt up my sister because she’s frankly a weirdo.”
“Sounds about right.”
“So… what’s new?”
“I want to be King, and you’re a pussy. Go on a ship and be a jerk-face.”
“Oh, yeah okay that sounds fair. How about I take over my old home to prove my worth to you, even though I barely know you and you gave me away, and you’re not even the least bit stoked that I’m back?”
“Whatever.”
“Cool Dad. Um.. hug?”
“Go fuck yourself.”
“Okay!”
Ugh, Theon, have some self-respect.

Oh dear! Super Blonde’s dragons have been stolen.
Do you think she can claim them on her insurance?
Bad jokes!

I used to like Theon, and now I want him dead. Ohhhhh this show has given me a blood thirst! What fun!

Also, I keep hoping to see Arya’s friend (the slice of hunk bastard to the dead King) but he’s barely in it. Which is fair, he’s not a very big character. I just love him so much!

Ah well, I got to gaze at Rob Stark as he learned that his dick best friend took over his home.
*swoon* Rob Stark

Oh, and John Snow has a wild-woman lady-friend. That’s fun.

OH and I LOVE the “wildling” who is Bran’s friend/ servant. She just slept with Theon but it was all a rouse! Then she saved the two boys!
What a woman!

Ugh, that warlock is creeeeeepy. I bet he’s never been laid. Especially when he goes around stealing people’s dragons. I mean c’mon, Creepy Warlock, manners.

HOLY SHIT HOLY SHIT FUCK ME HOLY FUCKING SHIT!
Who is that burnt kid???
Is that the youngest, or is that Bran??
I’m FREAKING THE FUCK OUT!
Theon killed Rob’s brothers!!!! There’s no way he’s lasting the season, he’ll be dead for sure.
UGH, Theon. What the hell is wrong with you????
The look on his face when the boy was risen was pretty good. That’s a good actor. But THEON, fuuuuuuuuuuuck. That’s his death sentence. He has to know that.
I really hope it’s not Bran.
Kat is gonna be PIIIIIIIISSED!!

Fuck me, it was BOTH OF THEM?
No, that can’t be true.
It’s not really them.
It can’t be. I’ll be pissed if Bran is dead.

Aw damn! My boyfriend Rob Stark got some action!
Good for you, you hot little piece of King of the North!
Although he’s technically betrothed to some ugly bridge-girl, so I imagine this is going to end badly.

Yesssss I KNEW the boys weren’t dead!
Well, I knew Bran wasn’t. I didn’t quite know about the other one who’s basically not a character.

At first I thought Super Blonde’s ‘adviser’ dude was a little creepy in his intense love for her, but he’s growing on me.

“I never much liked my head, but I don’t want to see it removed just yet.” I love Peter Dinklage.

“Those are brave men knocking at our door. Let’s go kill them!” hahah I LOVE HIM.
If he dies, I’m not watching anymore. (That’s a lie.)

Wowzers, that was quite the fight
The Imp got cut across the face and took a long time to fall down. He better not be dead.

Whatshername (the redhead daughter of Ned) really stepped up this episode, and then ran off to go on a road trip with the Hound.
I bet that’s going to be a hilarious romp
I liked when he said “fuck the King” to Goffery’s face. haha, that little shit.
War is hell, am I right?

Uuuuggghh now I feel bad for Theon. YOU ARE MAKING TERRIBLE CHOICES (including killing innocent children). Turn it all around, buddy, take a 12 step program or something.

What’s to become of the Imp now? He was a great Hand! He should at least get some sort of party.

I was under the impression that whatsherface was going to go with the Hound. I guess not, eh? Poor choice, little red head, pooooor choice. 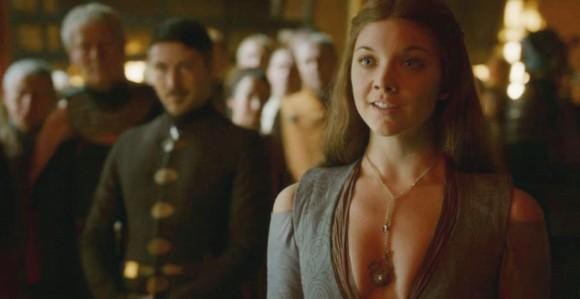 But now what does Little Finger have in store?? That guy is awesome and totally creepy and I want him to die a little bit.

“You have a shit memory, I am yours and you are mine.” Holy cannoli that was some touching shit right there. No way is Shay going to last much longer. She means too much to the Imp, so obviously she’s gonna die.

Awwww Rob Stark got married! That’s likely gonna come back to bite him in the ass, but it’s sweet now.

Why not marry one of those ugly bridge girls to the youngest boy? He doesn’t seem to do anything, make him useful. I’m sure there’s a girl young enough.

I love the wildling girl that takes care of Bran and the other one. Have I mentioned that? Cause I do. She just had to kill the old dude. Sad. Oh, and Winterfell is essentially destroyed. Also sad.

Hey, it’s Tarzan!
He seems to be a hallucination of some kind, but I’ll take it!

Daaaaaaamn! Super Blonde is one bad ass chick! I kinda wanna make out with her.

OH GOD OH GOD OH GOD!
I’m scared!
White walkers!!!!
I hope John Snow’s best friend doesn’t die. I’m sure he will, but I rather like him. 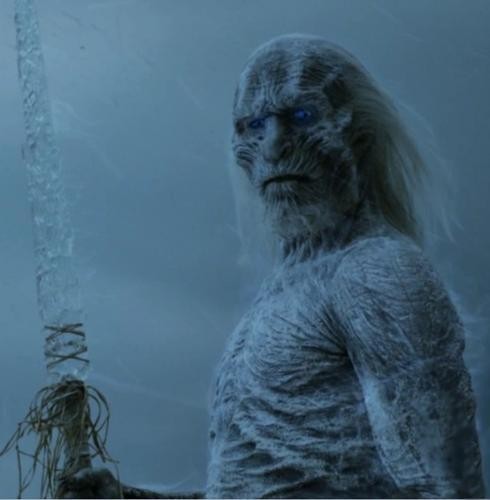